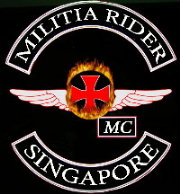 "Who are the militia? Are they not ourselves? Is it feared, then, that we shall turn our arms
each man against his own bosom? Congress shall have no power to disarm the militia.
Their swords, and every other terrible implement of the soldier, are the birthright of all ... The unlimited power of the sword is not in the hands of either the law or
governments, but where I trust in God it will ever remain, in the hands of the People."
-- Tench Coxe, 1788.

In 1966, Singapore established its first Citizen Militia Army where every able-bodied man was to become the master of his own destiny.

Trained by the Israelis, the Singapore Army was born and developed into world-reputed fighting units that nobody fucked around with.

With this people's army, the small country of 660 sq km was able to focus on its economic and social progress to become the Lion City Asian Tiger it is today.

1n 1999, The Militia Riders Motorcycle Club was established to honour this everlasting people's army and the part it plays in providing the freedom Singaporeans enjoy today.

The rest they say is fuckin’ history.

Militia Riders Motorcycle Club
One of the only two original H-D motorcycle clubs from 1990s Singapore.

Militia Riders Motorcycle Club rides and enjoys biker life with other motorcycle clubs and groups in our community.

Live with Honour. Ride with Pride. 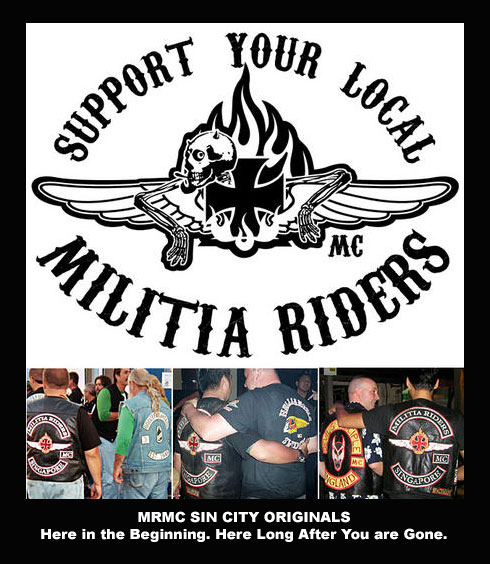 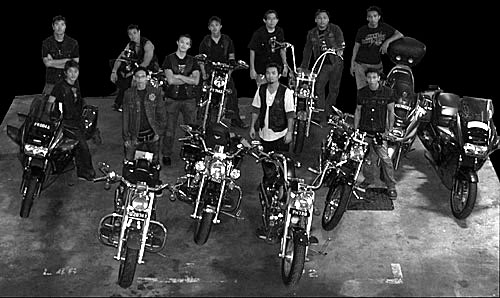 Minimum Screen Resolution 1024x768
Copyright © www.militiarider.com . All Rights Are Ours.